Bingo is one of the most popular online gambling games there is, and it’s quickly build up quite a community. Did you know that there are unique bingo calls for every one of the 90 bingo numbers you’ll see in a standard game, though?

This bingo lingo has developed over the years from millions of players who have been calling bingo numbers on a regular basis every time they play. But how do you call bingo numbers using this bingo lingo, and are they actually useful bingo calls that make a difference during a game?

What are the Bingo Sayings?

These bingo calls are a type of bingo lingo that you’ll see in both online bingo games and at bingo halls. They’re essentially alternate names for numbers that might be used in place of the original number, either because it’s shorter, catchier or just more entertaining to say. 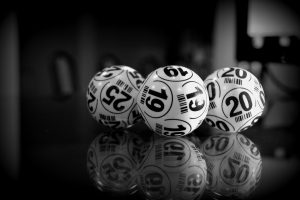 Here are the bingo calls, in order:

What Are These Bingo Calls For?

Bingo calls like this might not be as accessible as the numbers, but they’re more memorable and much more entertaining to say. You might find them being used at some of the latest bingo sites when playing online.

Many long-time bingo players pick up bingo calls like this as a way of entertaining themselves and adding an ‘insider’ feeling to the game. Some players even see it as a rite of bingo passage, since the bingo calls can be hard to learn.

Should I Use These Bingo Calls?

The bingo calls aren’t as easy to use as you might expect, but that’s part of the appeal: the calls make bingo a more difficult game that relies on players being able to remember certain terms based on their sounds or meanings.

In reality, there really isn’t any reason for these calls to exist: they just do, and bingo players have been using some of them for years without any idea of why the calls are still as popular as they are.

If you’re interested in bingo and want to feel like more of an insider, or just want to add something extra to bingo if you’re starting to get used to how it works, these bingo terms can be an interesting way to shake it up without changing the games themselves.

I’m an online journalist specialising in the bingo and gaming niche. I have worked on various sites creating reviews and informative content for players and readers. My work includes multimedia platforms and a variety of topics within the bingo world!